"49% of people felt they could not talk to their manager about a mental health issue."

Looking to keep morale high whilst working from home? Our brand new virtual team building solutions could be just what you and your employees are looking for.

Studies show that 77% of employees have experienced a mental health issue at some point in their career. Mental health is currently the leading cause of absence in the workplace across the UK, with statistics showing that increasing numbers of UK workers are affected by mental health symptoms every year.

Encouraging employees to be open and honest when they are suffering from a mental health issue is therefore essential for managers and business owners alike.

Previous studies on the topic reveal:

It is imperative that employers act to address the issue of mental health symptoms within the workplace, in order to improve employee wellbeing, reduce absenteeism and better the economic output of the business as a whole. 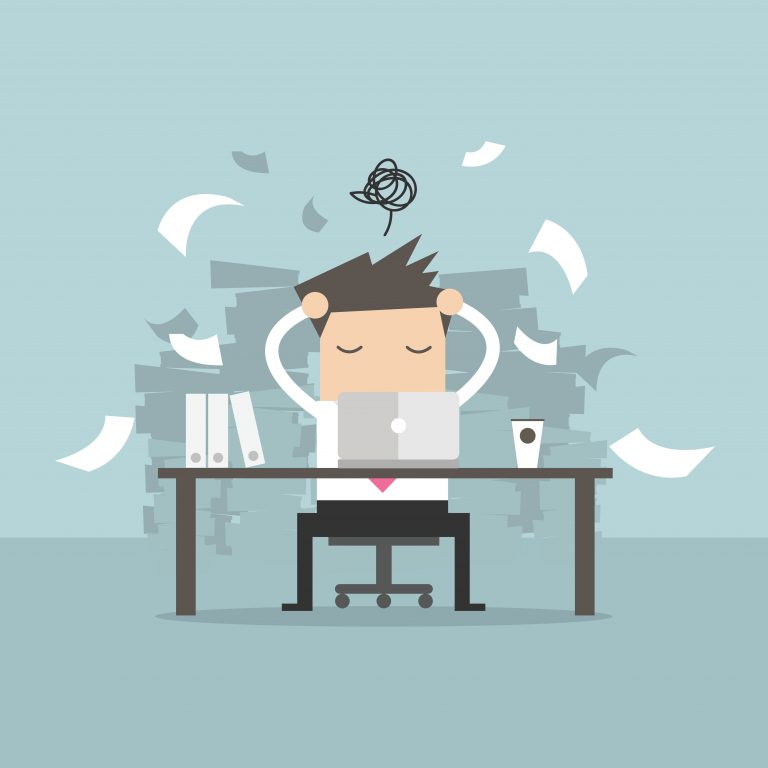 We thought we would do our own research

While previous studies have taken steps towards investigating the issues of mental health in the workplace, with the topic becoming ever more prevalent in today’s society, we felt there were more pertinent points to be discovered.

We conducted a survey of employees from 250 companies across the UK and asked the participants to reveal:

We were also able to compare:

Significant contrasts were found between how each individual predicted they would behave and how others then actually went on to behave, with our key findings detailed below.

For team building events and team building ideas that help promote openness in the office, give us a call today on 0843 781 1699.

Mental Health in the Workplace Questions

We based our survey on three key questions: These statistics indicate that mental health related issues are a very real problem for UK based businesses and employees alike.

While absenteeism in the workplace has been studied at length, less is known about the concept of ‘presenteeism’, whereby an individual still attends work, but they are not functioning at full capacity due to a mental health condition.

Presenteeism in the workplace can lead to:

As well as significant loss of revenue for a business if they have to find temporary resource cover due to the employee having to take time off work.

Digging further into the responses

The below sections will compare and analyse the contrasts in responses from the participants who answered yes or no to the initial question – to what actions people think they would take to what people actually did.

Of those who hadn’t taken a day off in the last year due to poor mental health, when asked what they thought they would do if were to suffer from mental health symptoms: These statistics suggest that employees feel they would not wish to be honest about the fact a mental health condition was impacting upon their ability to work, should they develop symptoms. This could be down to the fear of being stigmatised, or a reluctance to admit they are struggling.

The fact employees felt they would cite a different reason for having to take time off has implications for the perception of mental health in the workplace as a whole, as the more people feel they cannot be honest, the less likely the perception is to change.

The majority percentage of those who had to take time off work suggests that this should be encouraged by employers from the outset, ensuring those with symptoms feel comfortable taking time off and are not stigmatised.

For people who had taken a day off work as a result of anxiety, stress or depression (62% of all surveyed), notably:

These findings highlight the disparity between the perception and the actuality of mental health issues in the workplace. For the majority of those affected, how they thought they would act was notably different from how they did act.

Only 4% of respondents who hadn’t suffered in the last year said that the most likely course of action were they to suffer a mental health-related issue would be to call in sick with a different issue.

In reality though, for 44% of the people who had suffered in the last year, this was the exact action they did take.

This shows that the perception of how people think they would act and what actually does happen when suffering, are vastly different.

It is essential that employers are empathetic towards employees suffering from mental health issues, whilst ensuring that proper provisions are put in place to support those who need them. This is perhaps somewhat obvious, however, what the above findings show is that unless you yourself have suffered, you are not in the best position to influence company policy around how to deal with the problem. Advice from sufferers should definitely be sought prior to any policy roll-out.

Having a more effective mental health policy should go some way towards reducing the need for extended periods of time off work, whilst reducing the number of those who resign (7% of those surveyed).

Encouragingly, 35% of employees who took a day or more of absence from work did actually divulge the true reasons behind their absence to their company, compared with the 15% of people who predicted they would do so. However, this is clearly a worryingly low statistic, which business owners and employers should look to improve upon.

What could be done in the workplace to help ease mental health issues?

The below graphs compare the data between what those who haven’t suffered from a mental health issue think could be done to help (top), to those who have (bottom). As we have seen elsewhere in our findings, the disparity between the attitudes of those who have suffered from a mental illness compared to those who haven’t differs considerably.

20% of those surveyed who haven’t suffered from a mental health issue feel that destigmatising these symptoms in the workplace is essential, vs. 47,5% of those who have suffered, reiterating how essential sufferers feel it is to break the stigma of mental health.

The importance of achieving a parity between the perception of how mental and physical health in the workplace are viewed also differs, with 20% of non-sufferers feeling this is key, compared to nearly 36% of those who have suffered.

The belief that having friends in the workplace to talk to will boost symptoms of wellbeing also differs between those who have suffered from symptoms and those who have not, at 10% vs. 30%, highlighting the importance of having a friend at work to confide in.

This next section takes the recipients and segments them by gender, age, home location, method of commute, job level and exercise frequency, allowing us to look further into the contrasting responses to the question:

“Has either anxiety, depression or stress led to you missing a day at work in the last year?” We saw a fairly equal split between male and female employees across the group surveyed, however, the statistic that two-thirds of men have taken a day off in the last year due to anxiety, depression or stress is a worrying one.

Alternatively, women may think they can deal with the issue without having to take time off. These findings suggest that those within the 18 – 21 age group are more willing to acknowledge they need time off to deal with mental health symptoms, whereas those in the older age bands may be less likely to take time off as a result of, perhaps, feeling they need to display a ‘stiff upper lip’, with the belief that mental health is not a genuine cause for absence.

Managers could look to target employees from the older brackets with specific mental health advice and new policies aimed at encouraging people to share more. Those based in Northern Ireland were least likely to take a day off, whereas respondents living in the East of England were most likely to. The South East and the North West were also above average in terms of taking a day off due to ill mental health.

Location is a mixed variable with regards to taking time off, with external factors such as prospects, income and other economic elements likely to contribute to overall mental health issues. It’s often assumed that those who are able to commute on foot or by bike may enjoy their commute more, however, our findings suggest this may not be the case, with nearly 67% of those who walk and 55% of those who cycle taking a day off work.

However, these figures pale into insignificance when compared to those using National Rail. Over nine out of ten people who use the National Rail as part of their commute have taken a day off in the last year due to poor mental health. This is quite shocking, but you can assume the length of commute plus common delays are contributing factors to this number. Of those surveyed, interns and business owners were the least likely to take a day off, whilst executives were the most likely. Managers and directors were fairly equal, with ‘other’ job roles slightly behind.

The findings may indicate that interns feel least able to take a day off work due to mental health issues as they feel a pressure to impress within the business, with an aim to progress. Also, they may feel there is still too much of a stigma about admitting to mental health issues, especially in the early stages of a career, meaning they wouldn’t want to be fully honest with their state of mind.

You would perhaps assume business owners to be some of the more pressurised people in the workplace, so the below average figure may be explained by them having the ultimate responsibility for the running of their business, meaning they may also feel they cannot take time off or report their symptoms to anyone.

Those on a ‘middle’ level may feel their role is more secure, meaning they feel more able to take time off. Alternatively, it may be that the stresses involved with trying to progress in a business are so much, that it results in an above average need to take time off due to poor mental health. The survey found that the more you exercise, the more likely you were to have a taken a mental health-related day off in the last year and vice versa.

These findings contradict the popular belief that exercise is a great stress buster. Due to the numerous studies backing this up, these results should not be taken as verbatim, more as a point of interest.

6 other people have liked this article

View other articles
Get In Touch